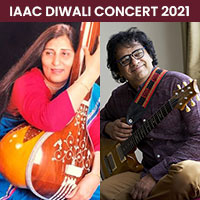 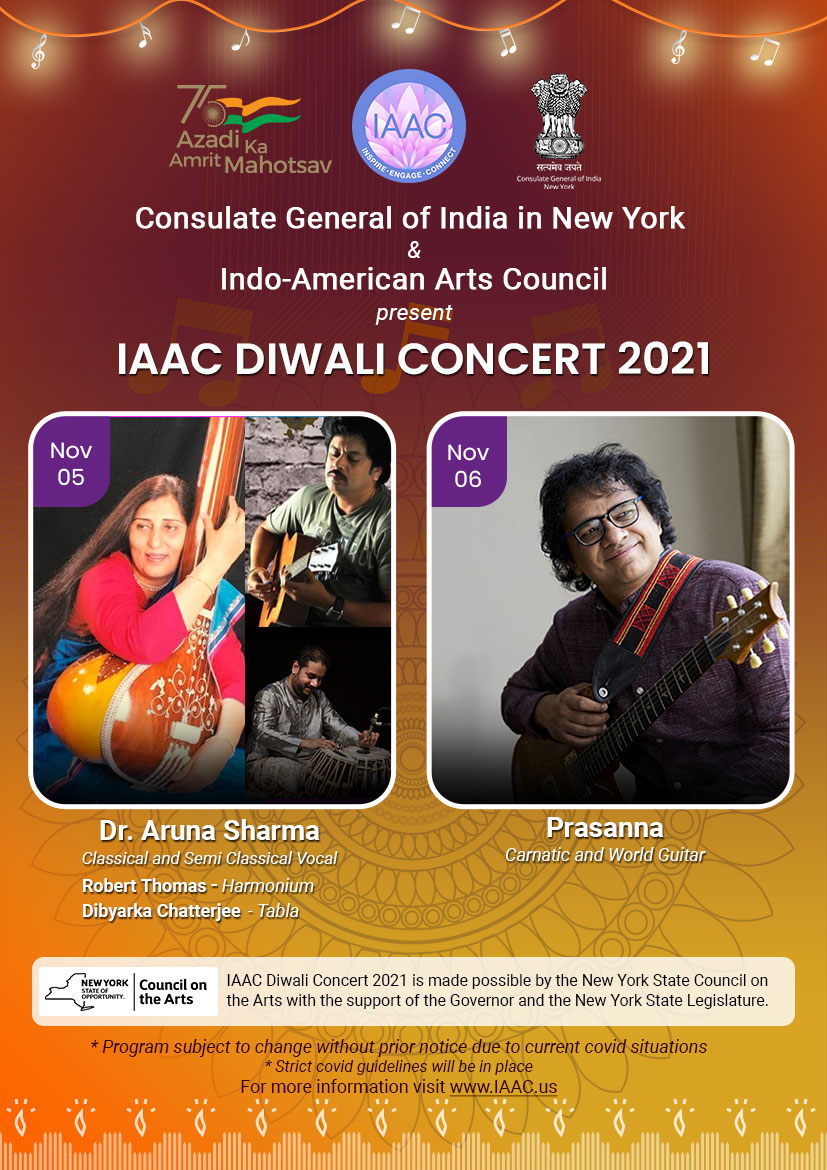 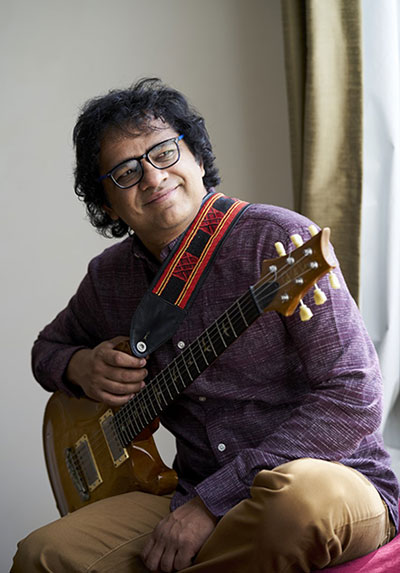 Prasanna is the quintessential Indian Renaissance man. A pioneer in performing Carnatic music on the guitar, an engineering graduate from Indian Institute of Technology, a composer for award winning films, an internationally acclaimed guitarist in contemporary Jazz, Rock and Blues, a Magna-Cum-Laude graduate of Berklee College of Music, and an entrepreneurial visionary who established a world class music college that blends the Indian Gurukula system of learning with contemporary western college education pedagogy.


Prasanna was voted among the ‘top 50 creative Indians’ by Open Magazine in 2010 alongside Sachin Tendulkar, Amir Khan, Viswanathan Anand, Arundati Roy and others. Prasanna (Smile Pinki) also belongs to a select group of Indian composers along with Pandit Ravi Shankar (Gandhi) and A.R. Rahman (Slumdog Millionaire) who have composed music for Oscar Winning films.

A fearless innovator in contemporary music and yet steeped in the authentic Carnatic tradition with 6 years of study with guru Vocalist Tiruvarur Balasubramaniam and 26 years of study with masterful violinist guru A. Kanyakumari, Prasanna has been the first point of exposure to the possibilities of Carnatic music for thousands of listeners and musicians from the around the world. He was awarded the ‘Life Time Achievement Award’ for Carnatic music by H.H. Sri Jayendra Saraswathi in 2006.

He is deeply devoted to spreading the gospel of Carnatic music on the guitar and is passionately educating young children from all over the world in this beautiful art form.

Prasanna’s prolific body of work include 16 albums as leader, a concert DVD and an Instructional DVD and numerous concerts at major festivals with some of the world’s most acclaimed artists across every genre of contemporary music. He has performed with Airto Moreira, A.R. Rahman, Jordan Rudess, Esperanza Spalding, Joe lovano, Illayaraja, Umayalpuram Sivaraman, Victor Wooten, Dweezil Zappa, Alex Acuna, Dave Douglas, Omar Hakim, Larry Coryell, T.K. Murthy, Anthony Jackson, Howard Levy, Trilok Gurtu and others. He is a member of three groundbreaking bands – ‘Raga Metal Conversations’ with Alex Skolnick and Anton Fig, ‘Ragabop trio’ with Steve Smith and George Brooks and ‘Tirtha’ with Vijay Iyer and Nitin Mitta. Prasanna’s composition ‘Falsehood’ is featured in the Book ‘Essentials of Jazz – the first 100 years’ by Henry Martin and Keith Waters alongside the works of some of the most influential composers in Jazz History. Prasanna was also a winner in the 2014 International Songwriting Contest in Jazz for his composition ‘Springtime in New York’.

His creative collaboration with A.R. Rahman includes guitar performances in the Score and Soundtrack of Dreamworks’ ‘A Hundred Foot Journey’, Disney’s ‘Million Dollar Arm’ alongside numerous Indian films like Puthiya Mugam, Jeans, Swades, Highway and others. Prasanna also is credited with arranging and conducting the string orchestra for the title score of the 2002 Oscar nominated Bollywood Film ‘Lagaan’ . Prasanna also collaborated with A.R. Rahman on his MTV Coke Studio project which is also released on CD and DVD worldwide by Sony Music.

Prasanna is a highly regarded educator and has given lectures, talks, workshops and residencies at MIT’s Sloan School of Management, Banff Center for the Arts, Berklee College of Music, Harvard University, Osnabruck Institute of Music etc. He has also taught such accomplished musicians as Dweezil Zappa, Dave Fiuczynski, Marc Rossi, Mauricio Zottarelli, Gustavo Assis Brasil and many others. Prasanna’s passion for music education led him to establish one of the largest colleges of music in South Asia – Swarnabhoomi Academy of Music (SAM) in 2009 with funding and infrastructure support from Marg Group of Companies. Prasanna served as President of the college for close to 5 years before moving on to pursue other avenues. He currently lives in New York City. Prasanna is affiliated with the American Society of Composers, Authors and Publishers (ASCAP) as a writer and publisher, the American Federation of Musicians (AFM) as a member and as a Voting member of the Recording Academy, which presents the Grammy Awards every year. 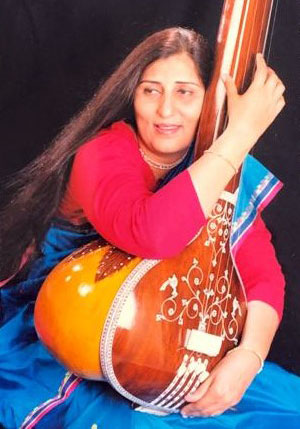 Dr. Aruna Sharma was born at Sri ganganagar, Rajasthan, one of India’s culturally rich states. Inspired and encouraged by her father, who was a lawyer by profession, a highly learned person, a connoisseur and patron of Indian classical music, she has devoted her entire life to music. She comes of a highly educated and talented family, hailing basically from Jammu & Kashmir, where everyone is deeply committed to music besides his/her own specialized areas.


Aruna Sharma started learning classical music under the guidance of Ustad (Maestro) Jamal Khan, a Royal Musician from the court of Baroda, at the tender age of three. She studied music in an academic context at school and college level and did her Ph.D. in music from University of Rajasthan, Jaipur, under the guidance of Dr.B.L.Sharma .She was trained under Prof. R.C. Nadkarni , Prof. Sudha Srivastava and many renowned scholars of music. She started performing at the age of eleven in her school years at district and state level competitions.

In her twenties, along with her teaching assignment, she gave solo performances in major cities of India such as Mumbai, Delhi, Allahabad, Indore, and almost in all the major cities of Rajasthan. She was awarded ‘Surmani’ title by Sur-Singar Parishad, Mumbai for her exquisite performance. Aruna Sharma performed regularly on Indian Radio and Television. Besides India, she has given performances in different countries such as the U.K., Canada, Middle East and in the United States. Thus, she has carved her niche as a competent exponent of Indian music across international frontiers. A versatile artist, Aruna Sharma has rendered her performances in classical, semi -classical and devotional music. Along with her numerous live performances,

Aruna Sharma has released several compact discs in the past, featuring her renditions in different styles of singing such as classical music, devotional songs and Ghazals. She was awarded research Fellowship in 2011 By American Institute of Indian Studies under the guidance of Padm Vibhushan Ustad Amjad Ali khan Saheb. Aruna sharma has published two books of her compositions and one book on theoretical aspects of Indian music, the key role of consonances in Raga music. Aruna Sharma taught at Savitri Girls’ Post Graduate College Ajmer, Rajasthan, with her characteristic devotion and passion. At present she is teaching at Stony Brook University, New York with same enthusiasm, zest and dedication. 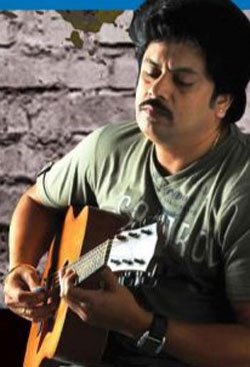 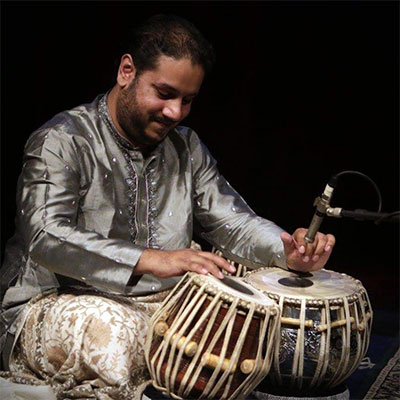 Dibyarka Chatterjee
Tabla
Dibyarka Chatterjee is a young Tabla player from the Farrukhabad Gharana, and is the son and disciple of Pandit Samir Chatterjee. Having grown up in a musical environment his natural inclination towards Tabla became apparent early in his childhood. At the age of five he was initiated by his father into the ancient system of pedagogy called the guru-shishya parampara (master-disciple tradition).


Dibyarka was born in Kolkata, where even in his childhood he was already performing in concerts as well as on Akaashbani Kolkata's Children's Section (National Radio - Kolkata Station). At the age of ten he moved to New York City with his family; since then he has continued to perform regularly with both Indian and Western music. Dibyarka has had the honor and privilege of performing with renowned musicians like Pandit Jasraj, Pdt. Budhhadev DasGupta, Pta. Lakshmi Shankar, Utd. Shujaat Khan, Utd. Mashkoor Ali Khan, Pdt. Ramesh Mishra, Pta. Shubhra Guha, Pta. Tripti Mukherjee, Pdt. Suman Ghosh to name only a few. He has collaborated in world music projects with groups like the Dance Theater of Harlem (in 'South African Suite'), the Battery Dance Co. (in “Songs of Tagore”), and with fusion musician/composers like Salman Ahmad (Junoon), Douglas Cuomo, John McDowell (on the award-winning documentary “A Son’s Sacrifice”), Gary Lucas & Najma Akhtar (on their collaborative album "Rishte") etc. He has composed music for, and performed in, two off-Broadway theatrical productions (Nuraldeen's Lifetime & Lee/gendary). He has also performed in many prestigious venues like Carnegie Hall, the United Nations General Assembly, Lincoln Center & Asia Society in NYC, Place des Arts (Montreal), the Google Amphitheater (Palo Alto), Salt Lake Music Conference (Kolkata, India), Pratishruti Festival (Bhopal, India) etc. He has also appeared on numerous radio shows such as The Leonard Lopate Show and New Sounds on NPR, Raag Aur Taal on WKCR etc. (recordings available below). Dibyarka is a part of the Arpan ensemble featuring some of finest musicians from the NY/NJ area.

Dibyarka has a Masters in Fine Arts from Goddard College (VT). His academic pursuits are mainly focused on the history, theory, and philosophy of Indian Music. As a guest lecturer Dibyarka has conducted classes and lecture demonstrations at numerous institutions such as Columbia University, Dartmouth College, New York University, Manhattan School of Music etc. He also teaches Tabla classes regularly at various institutions and locations in NY & NJ.