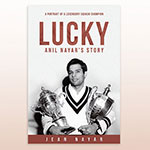 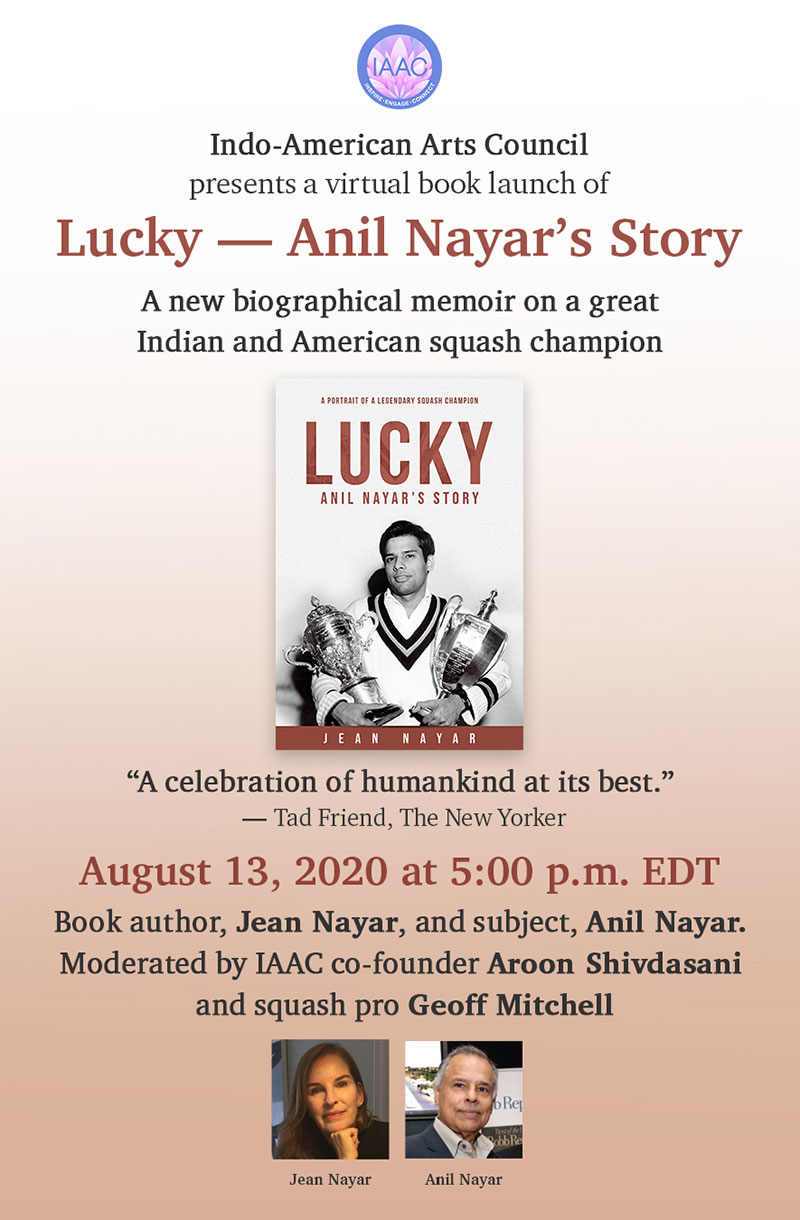 The Indo-American Arts Council presents the virtual book launch of Lucky—Anil Nayar’s Story: A Portrait of a Legendary Squash Champion by Jean Nayar on Thursday, August 13, 2020 at 5:00 pm EDT. IAAC co-founder Aroon Shivdasani and squash pro Geoff Mitchell, will go into conversation with the book's author Jean Nayar and its subject, Anil Nayar.

The book is a newly released biographical memoir about Anil Nayar’s journey—from Punjab to Cambridge to Bombay to New York City. Written by his wife, Jean, in collaboration with the champ himself, it’s also a sports story, with squash as its centerpiece and fame and honors while playing as a champion at Harvard and around the world as its crowning glory. Beyond sports, however, it’s a chronicle of the evolution of an elite sport through the lens of a pioneering player as he crossed a multiplicity of cultural bridges, and it’s a tale of a man from the Land of Five Rivers uniting with a woman from the Land of 10,000 Lakes to share memories of an exhilarating adventure filled with frictions, tensions, accomplishments, and joys.

- 'Anil Nayar’s story is urgently necessary in today’s fractured world.' — James Zug, author of Squash: A History of the Game

An opportunity to pre-order the book available thru amazon.